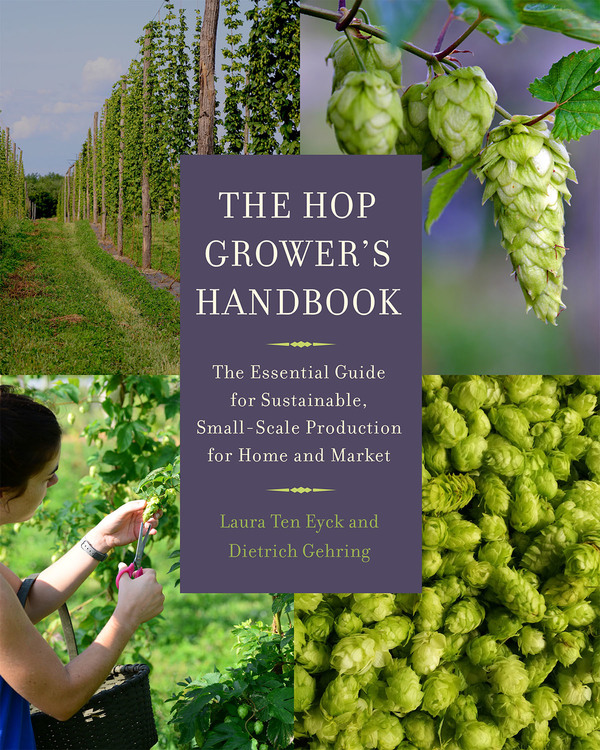 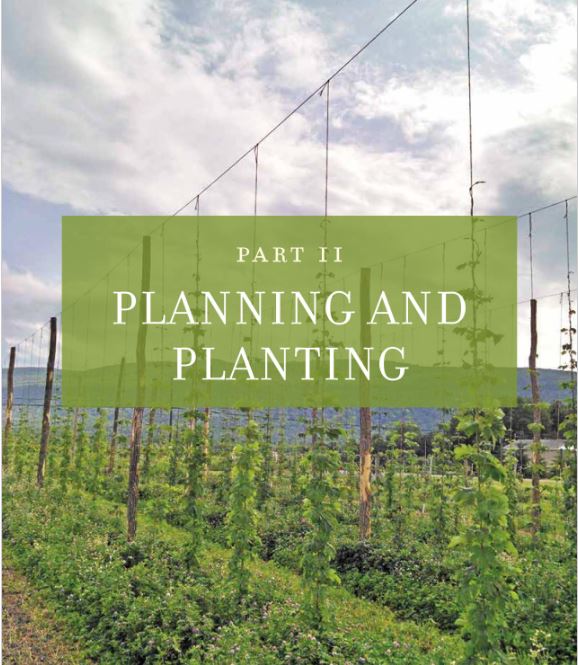 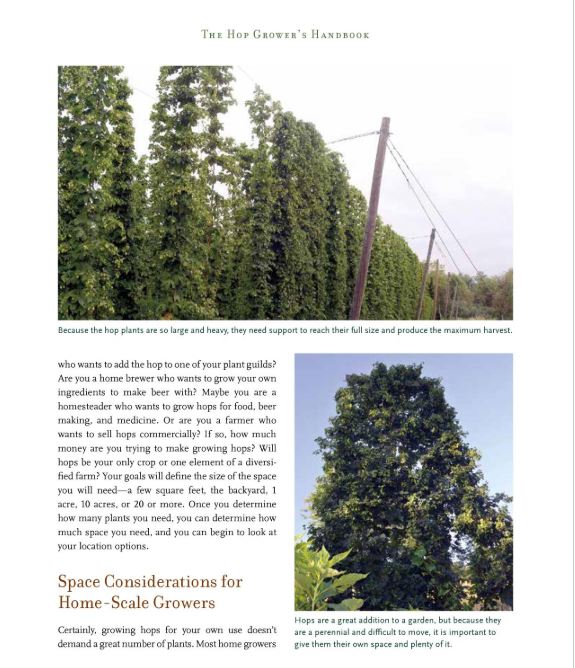 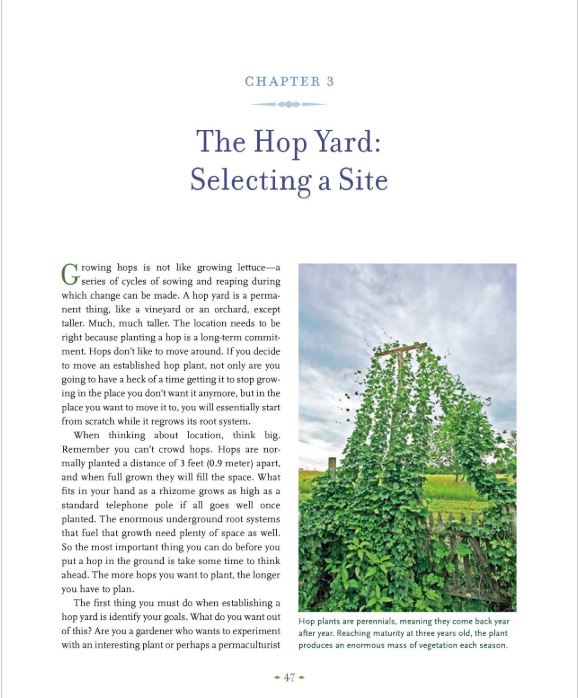 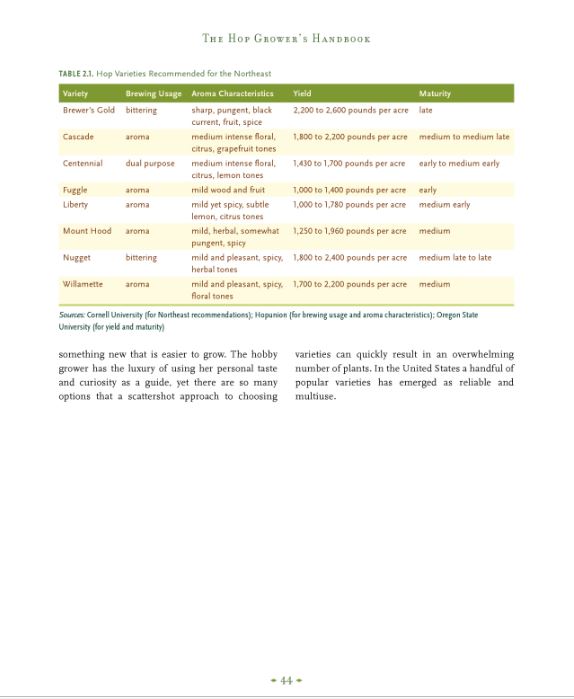 With information on siting, planting, tending, harvesting, processing, and brewing

It’s hard to think about beer these days without thinking about hops.

The runaway craft beer market’s convergence with the ever-expanding local foods movement is helping to spur a local-hops renaissance. The demand from craft brewers for local ingredients to make beer—such as hops and barley—is robust and growing. That’s good news for farmers looking to diversify, but the catch is that hops have not been grown commercially in the eastern United States for nearly a century.

Today, farmers from Maine to North Carolina are working hard to respond to the craft brewers’ desperate call for locally grown hops. But questions arise: How best to create hop yards—virtual forests of 18-foot poles that can be expensive to build? How to select hop varieties, and plant and tend the bines, which often take up to three years to reach full production? How to best pick, process, and price them for market? And, how best to manage the fungal diseases and insects that wiped out the eastern hop industry 100 years ago, and which are thriving in the hotter and more humid states thanks to climate change? Answers to these questions can be found in The Hop Grower’s Handbook—the only book on the market about raising hops sustainably, on a small scale, for the commercial craft beer market in the Northeast.

Written by hop farmers and craft brewery owners Laura Ten Eyck and Dietrich Gehring, The Hop Grower’s Handbook is a beautifully photographed and illustrated book that weaves the story of their Helderberg Hop Farm with the colorful history of New York and New England hop farming, relays horticultural information about the unusual hop plant and the mysterious resins it produces that give beer a distinctively bitter flavor, and includes an overview of the numerous native, heirloom, and modern varieties of hops and their purposes. The authors also provide an easy-to-understand explanation of the beer-brewing process—critical for hop growers to understand in order be able to provide the high-quality product brewers want to buy—along with recipes from a few of their favorite home and micro-brewers.

The book also provides readers with detailed information on:
•    Selecting, preparing, and designing a hop yard site, including irrigation;
•    Tending to the hops, with details on best practices to manage weeds, insects, and diseases; and,
•    Harvesting, drying, analyzing, processing, and pricing hops for market.

The overwhelming majority of books and resources devoted to hop production currently available are geared toward the Pacific Northwest’s large-scale commercial growers, who use synthetic pesticides, fungicides, herbicides, and fertilizers and deal with regionally specific climate, soils, weeds, and insect populations. Ten Eyck and Gehring, however, focus on farming hops sustainably. While they relay their experience about growing in a new Northeastern climate subject to the higher temperatures and volatile cycles of drought and deluge brought about by global warming, this book will be an essential resource for home-scale and small-scale commercial hops growers in all regions. 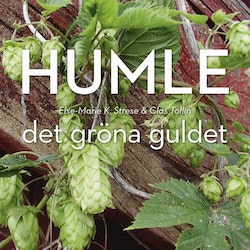 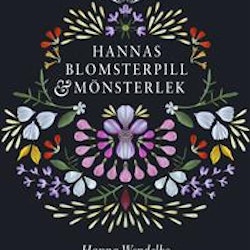 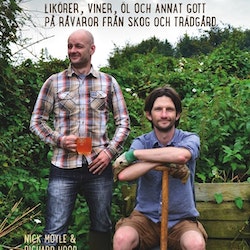 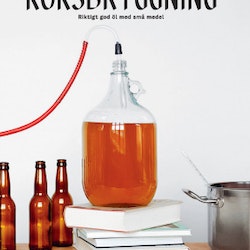 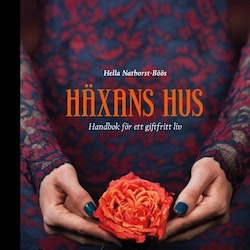 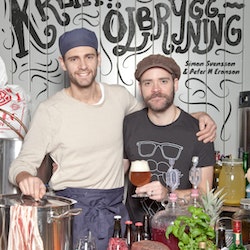 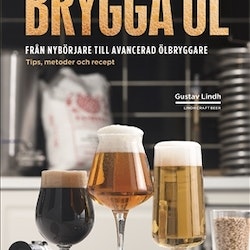 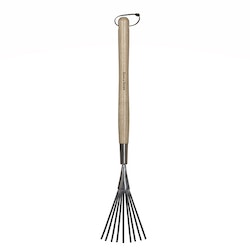 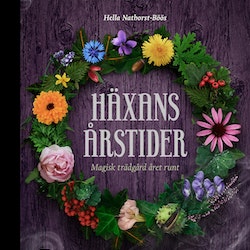 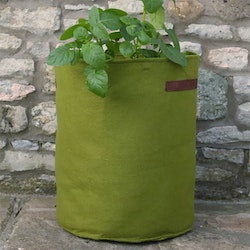